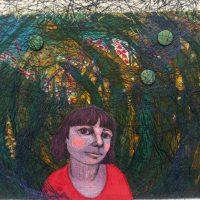 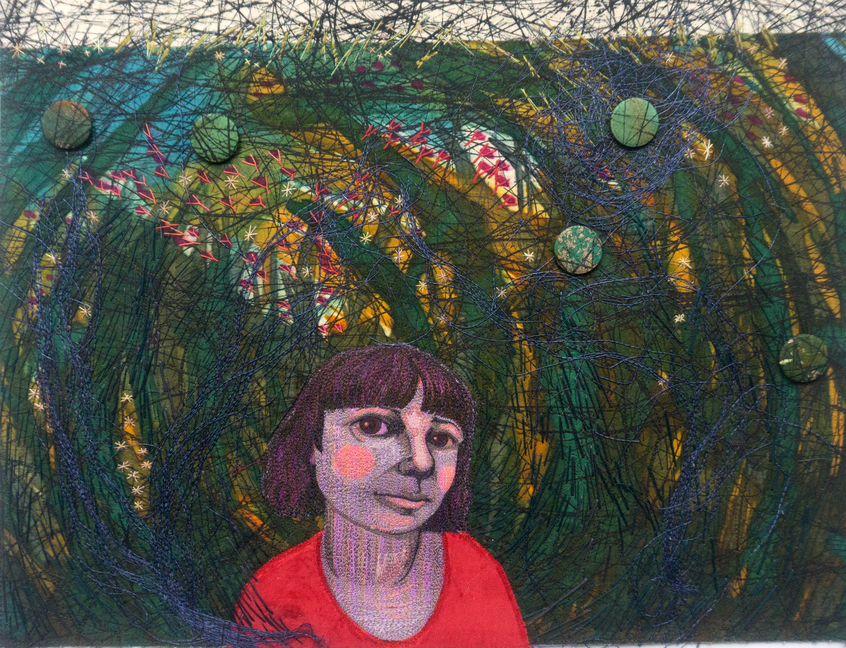 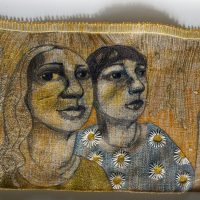 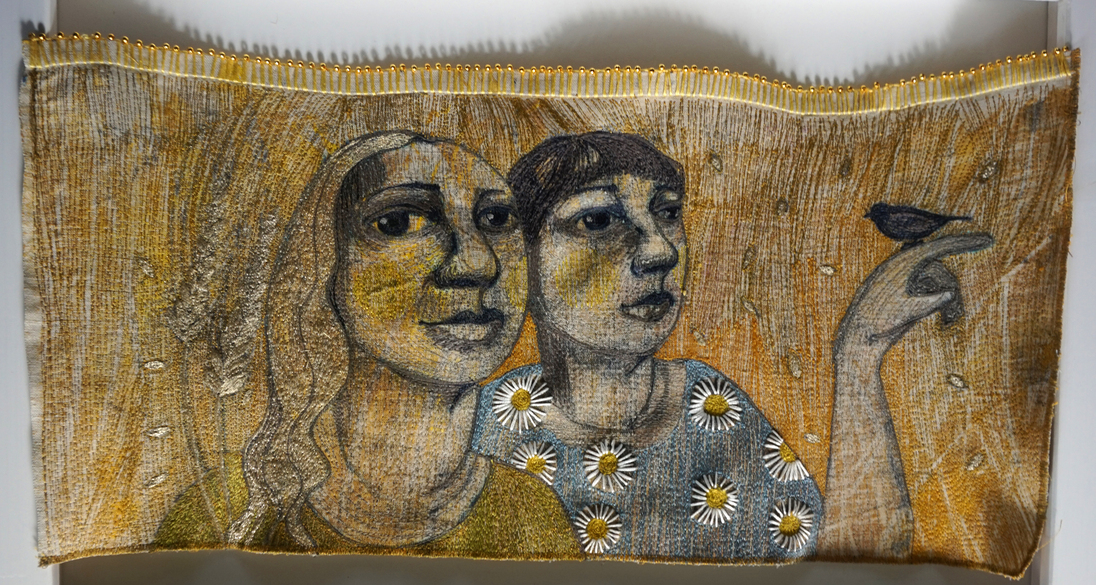 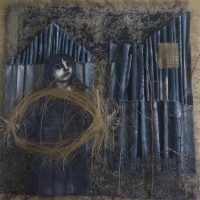 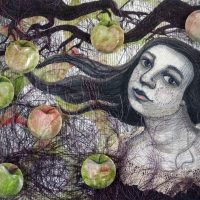 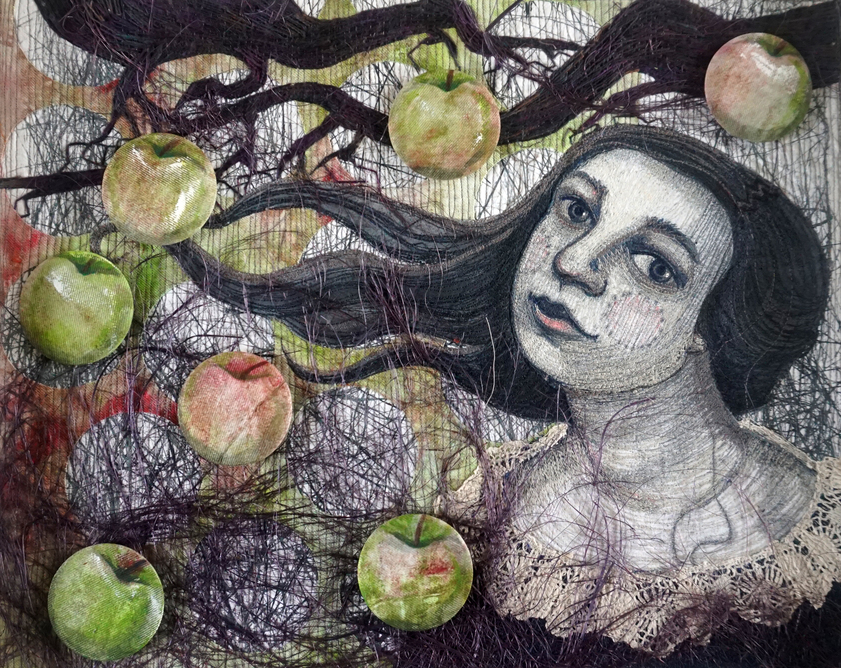 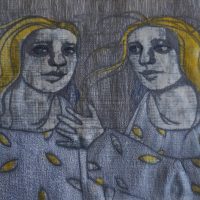 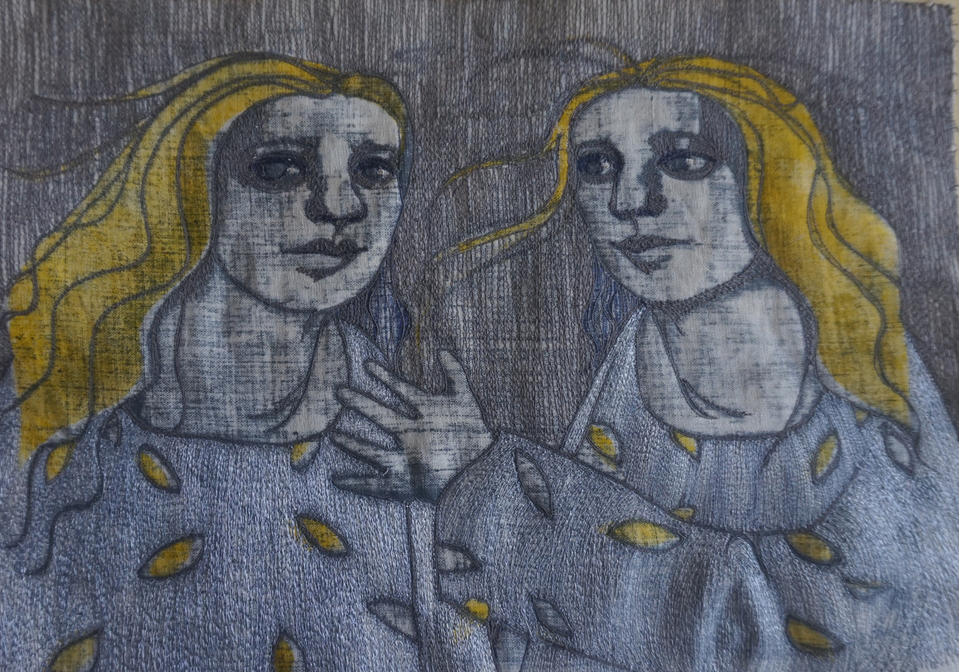 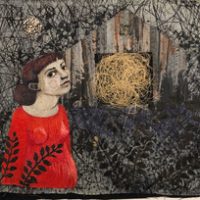 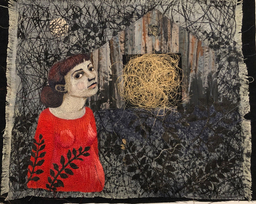 Ripe with seeds, pomegranates and scenes of harvest, Vivienne Beaumont’s textile work is shaped by stories and symbols. She takes inspiration from myths and nature, from female archetypes and the process of transformation. Her figurative scenes look to the ephemerality and cyclical nature of life, representing both life force and loss. The work has a soulful quality and often a sense of otherworldliness – her frequent use of gold threads reflects something of the Rumpelstiltskin, the fairy tale.

“Fields are often aglow in the late summer, through the harvest and its aftermath. I try to capture something of this in my work, as well as something of the folk tale or fairy tale: the jeopardy of the miller’s daughter, the alchemy of weaving straw into gold. That these tales have endured the ages, suggests they hold a deeper meaning for us.

“The Red Riding Hood story, for example, is at heart the tale of a maiden’s rite of passage. The young girl is growing up, the mother is letting her daughter go on her own into the woods. The story alludes to virginity and the spilling of blood. The wolf traditionally plays the role of the sexual predator, but I portray the wolf as the protector, the threat instead from the darkness and the unknown.

“Mothers and daughters, love and rites of passage – the repeated cycles from one generation to the next – these loom large in my textile story.”