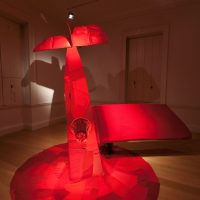 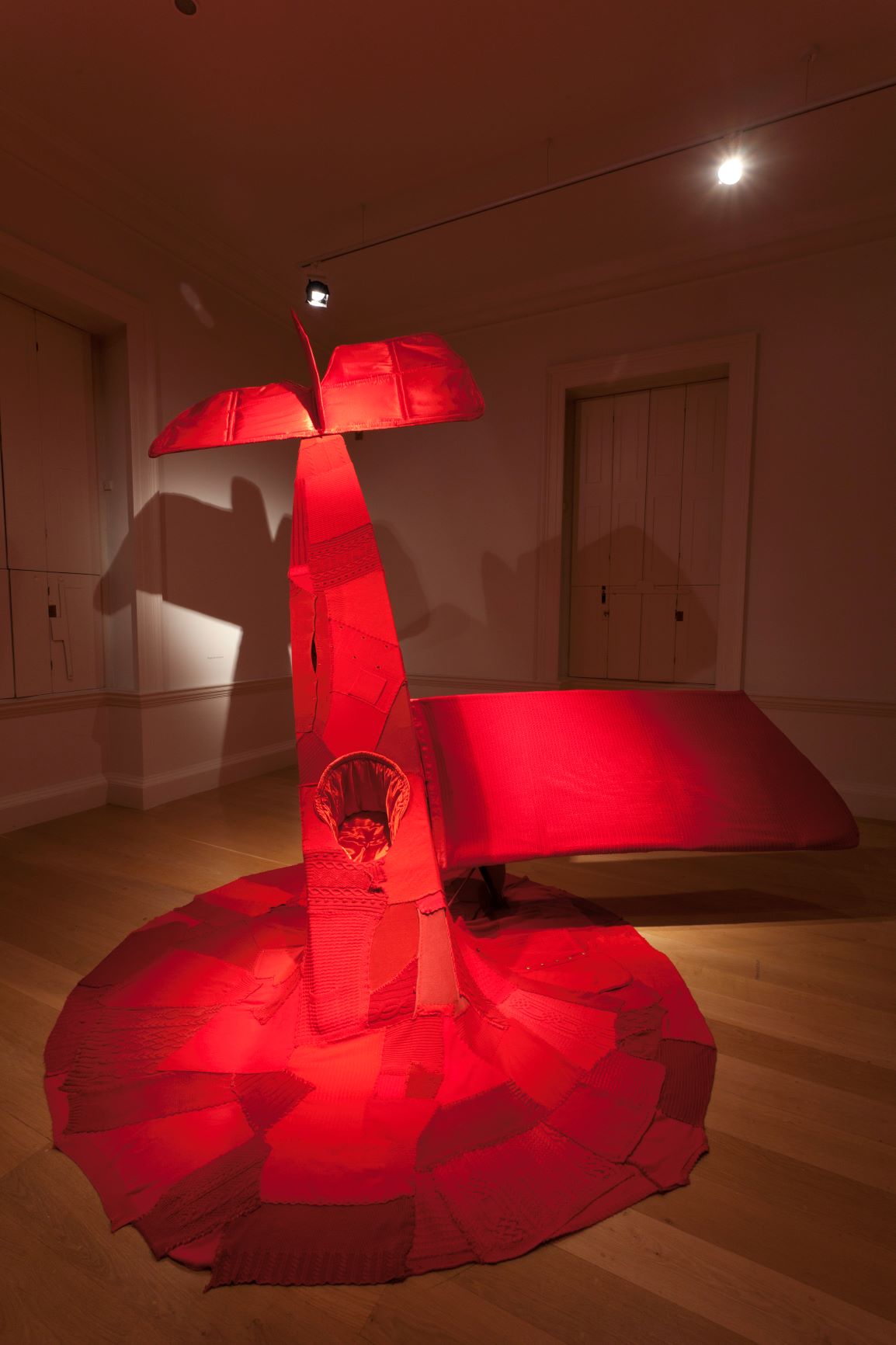 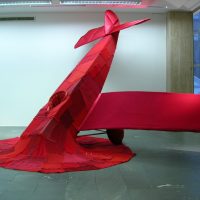 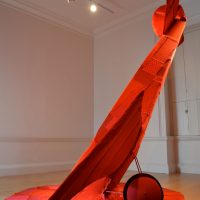 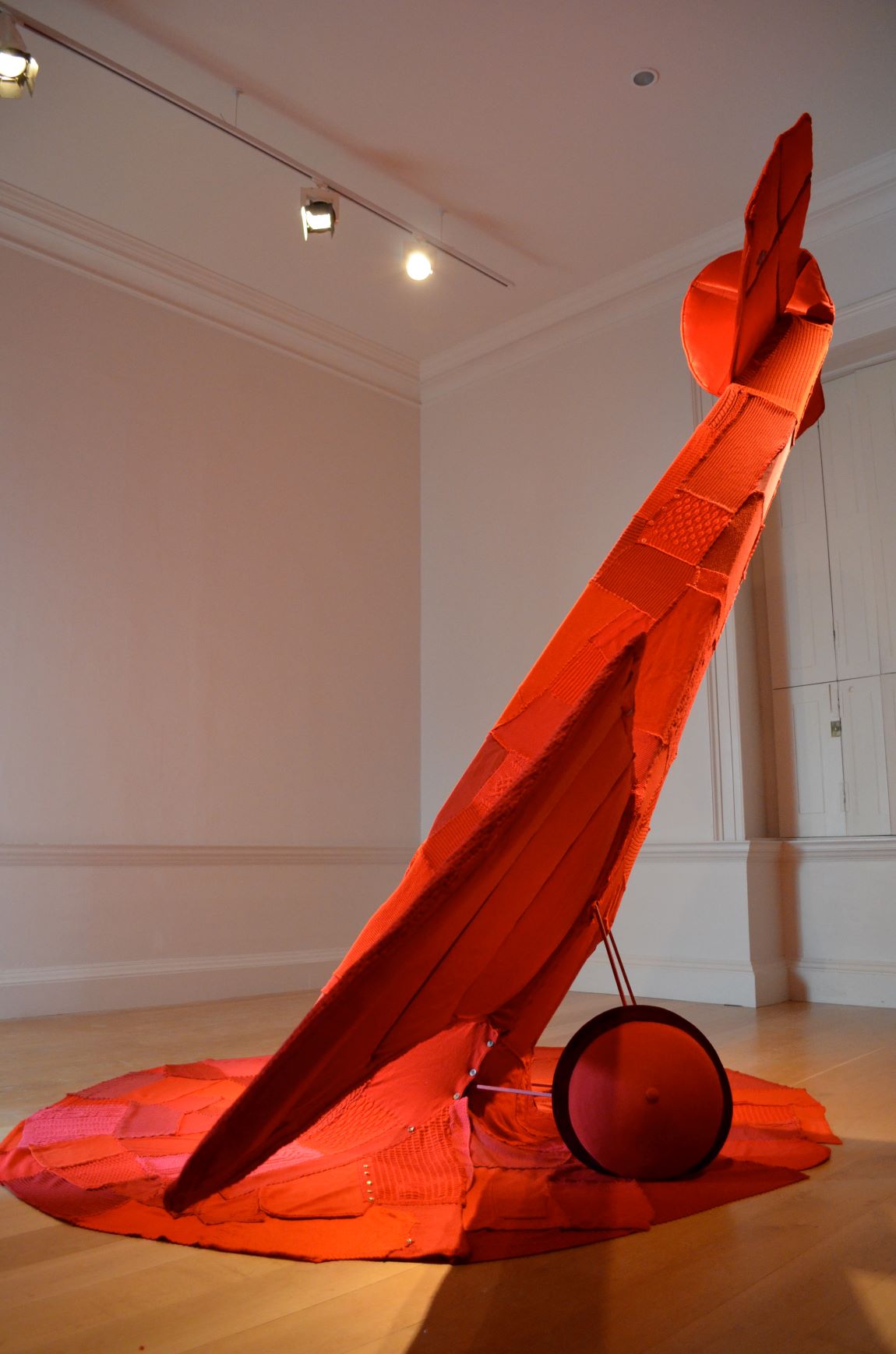 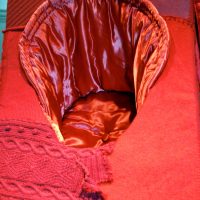 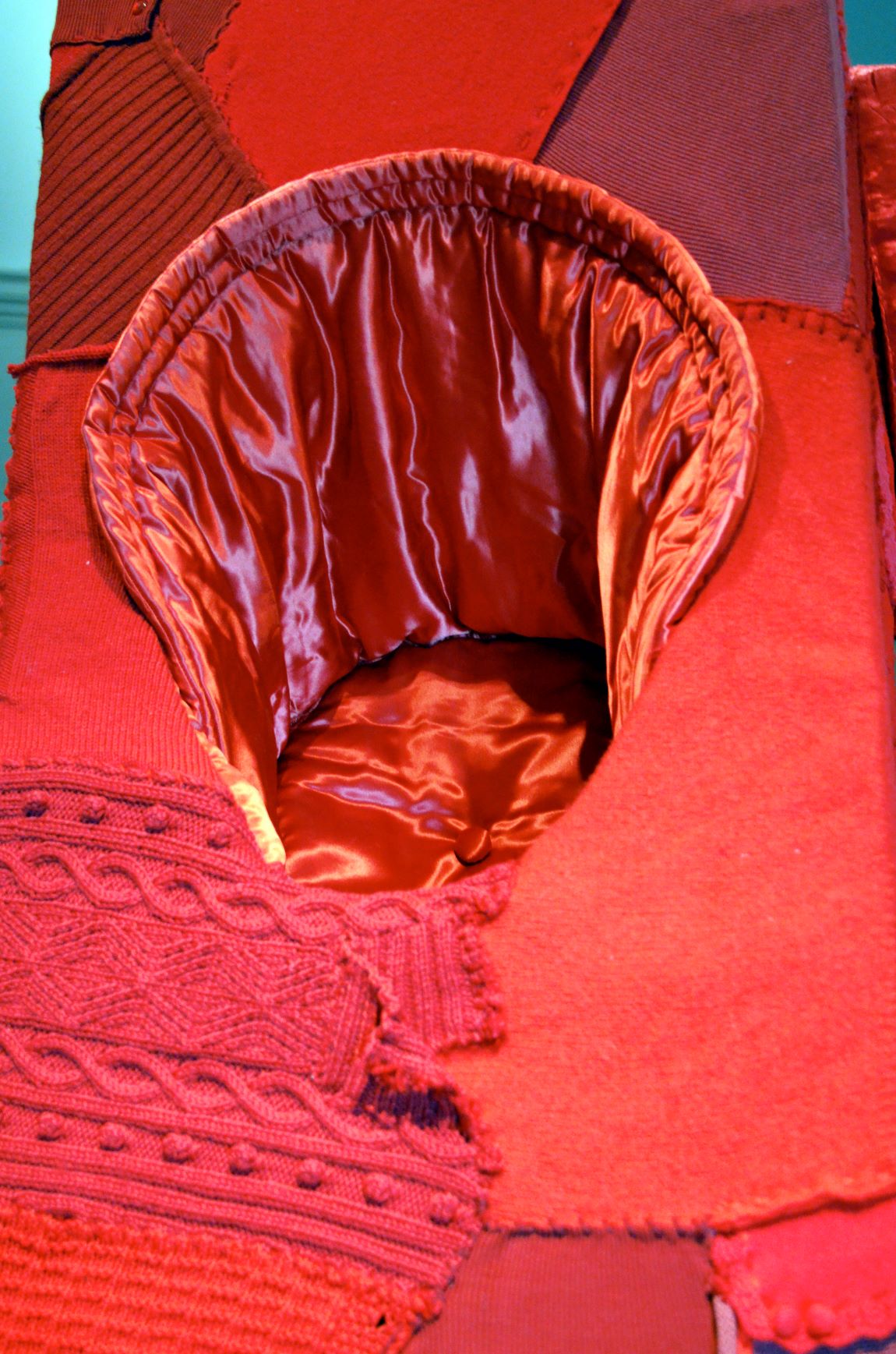 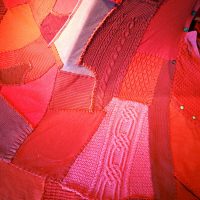 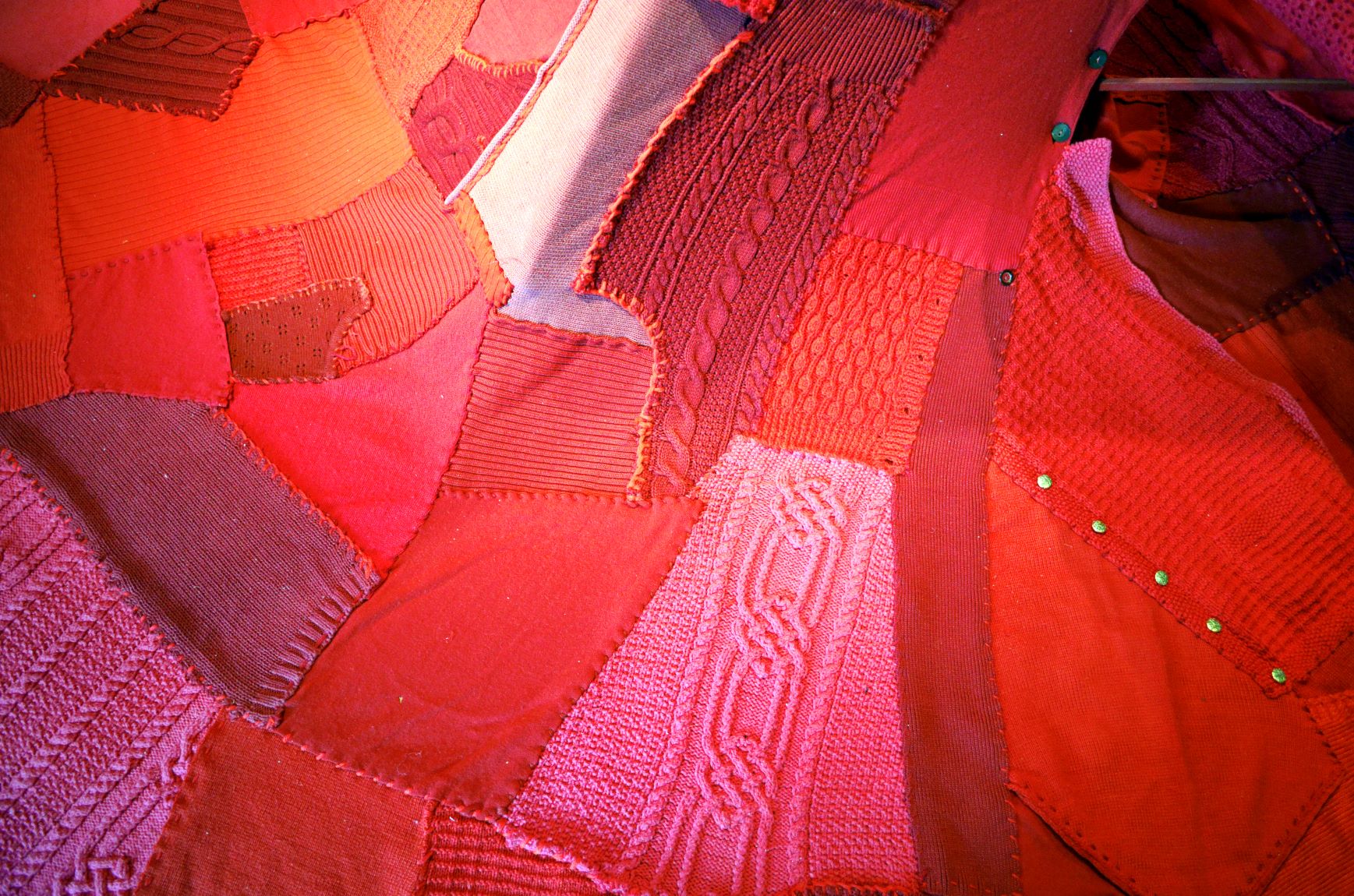 Al Johnson is a politically engaged sculptor, and her work has been exhibited widely. Exhibitions include Reactions at the Imperial War Museum North, Salford; Flight and the Artistic Imagination at Compton Verney, Warwickshire; Im Kreuzfeuer, (Caught in the Crossfire): Stadtmuseum, Dresden, Germany; and Protect at the People’s History Museum, Manchester. Her work can be found in public collections including Bruce Castle Museum, Tottenham; the Herbert Art Gallery and Museum, Coventry; and Sea City Museum, Southampton.

The sculpture Downed appears to have fallen out of the sky landing, partially wrecked, into an enclosed space. Downed resembles the flying machines of the early 20th century: the vision of the bird of freedom remade as warplane. Downed is constructed from red knitted garments, deconstructed and re-stitched, stretching over a wood and steel structure to create a rippling pool on the floor. The undamaged tail is quilted satin, while red blankets form the remaining fragment of wing.

The symbolic colour of Downed, its fragility, and its inevitable destruction, comment on the nature of historical and contemporary combat. Downed references the role of women in warfare, and a cultural shift in the perception of women, as they moved from domesticity to the munitions factories: military aircraft were made by women, but not piloted by them.

In addition to her studio practice Al is Director of Art for Bravo 22, a recovery through the arts programme for injured military veterans, and she lectures and delivers workshops in museums and galleries, including the National Gallery, The Tate, the Victoria and Albert Museum, the Royal Collection and the British Museum.