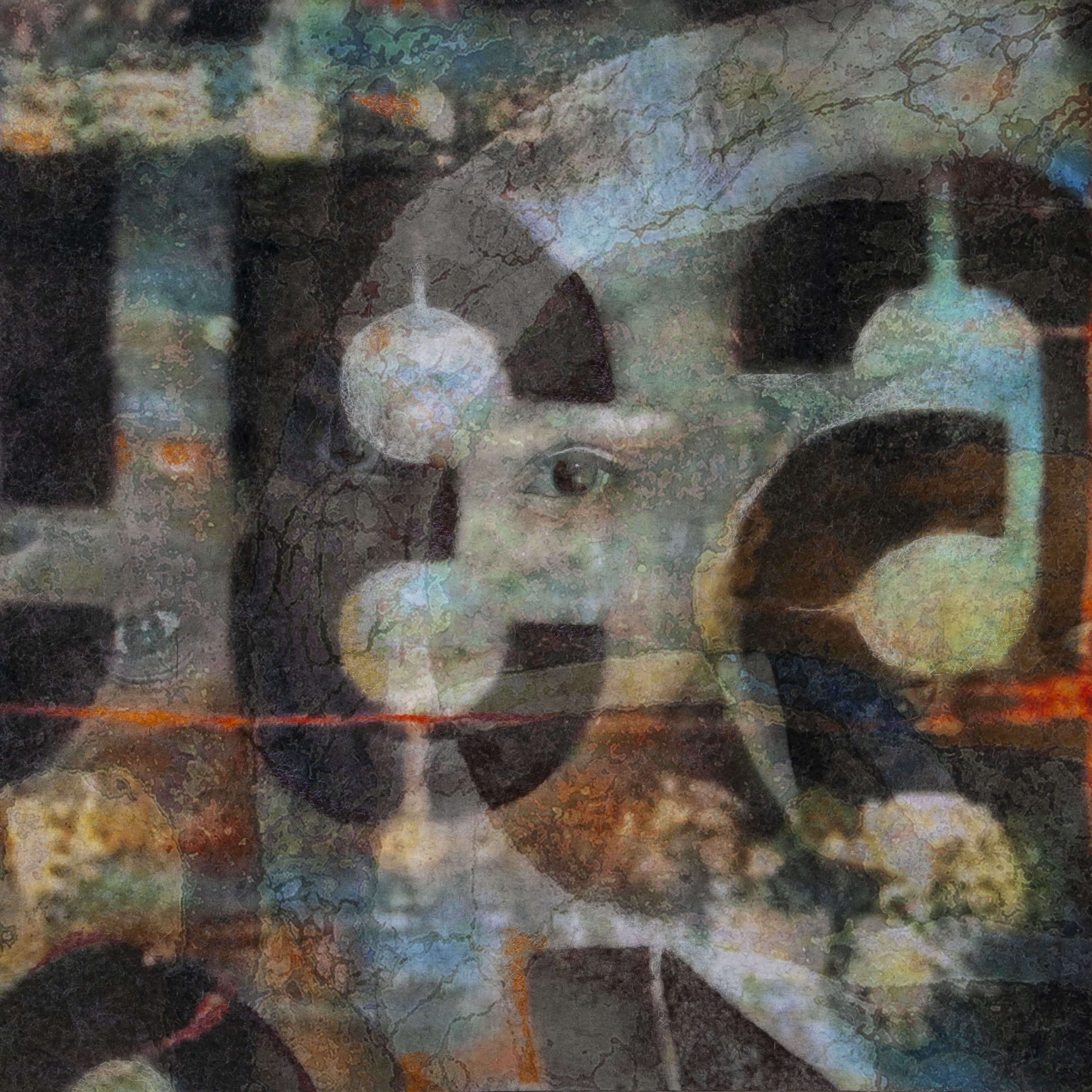 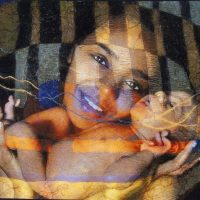 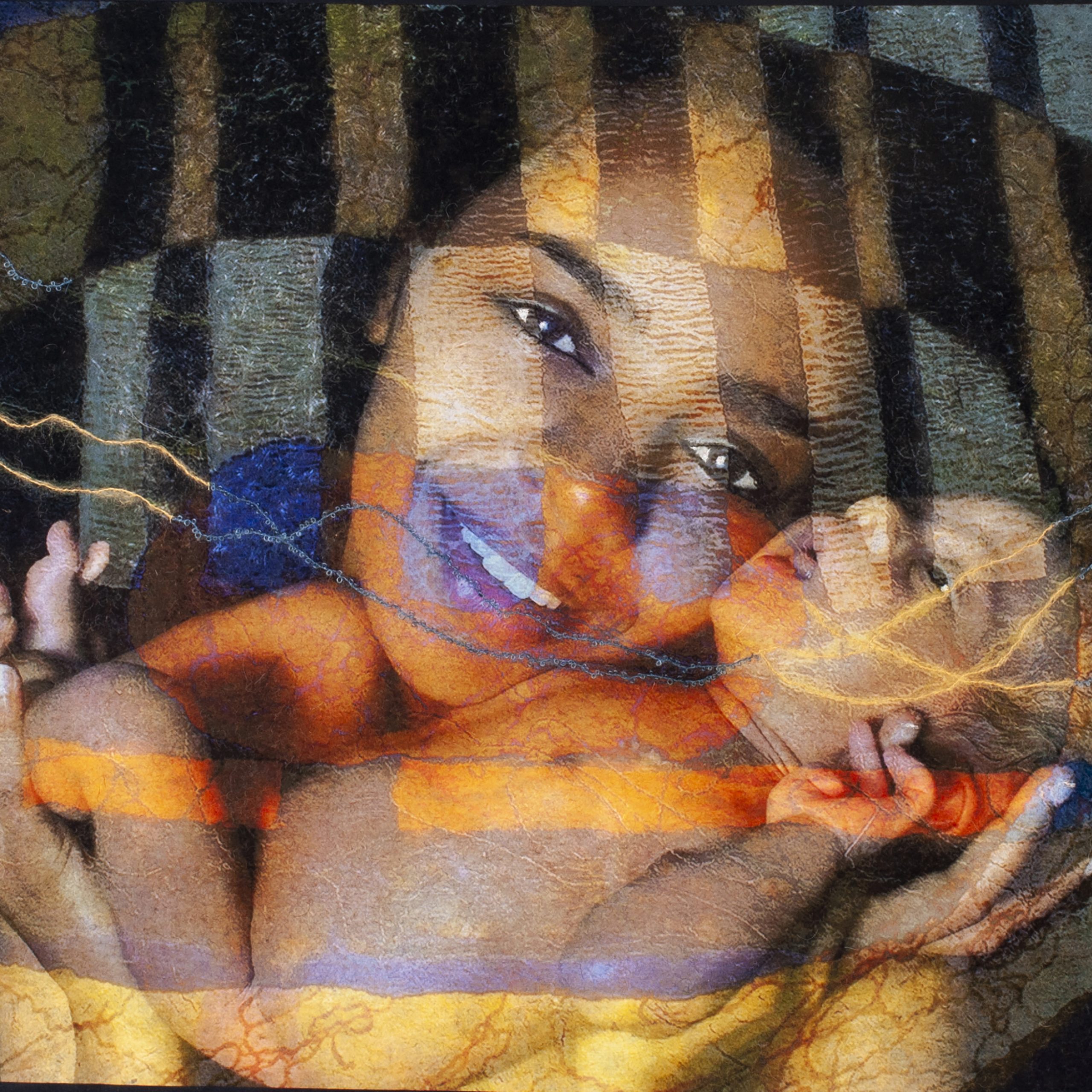 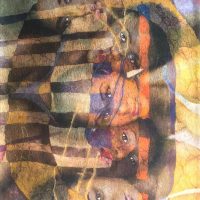 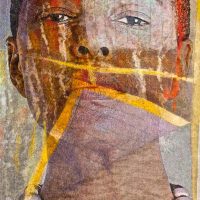 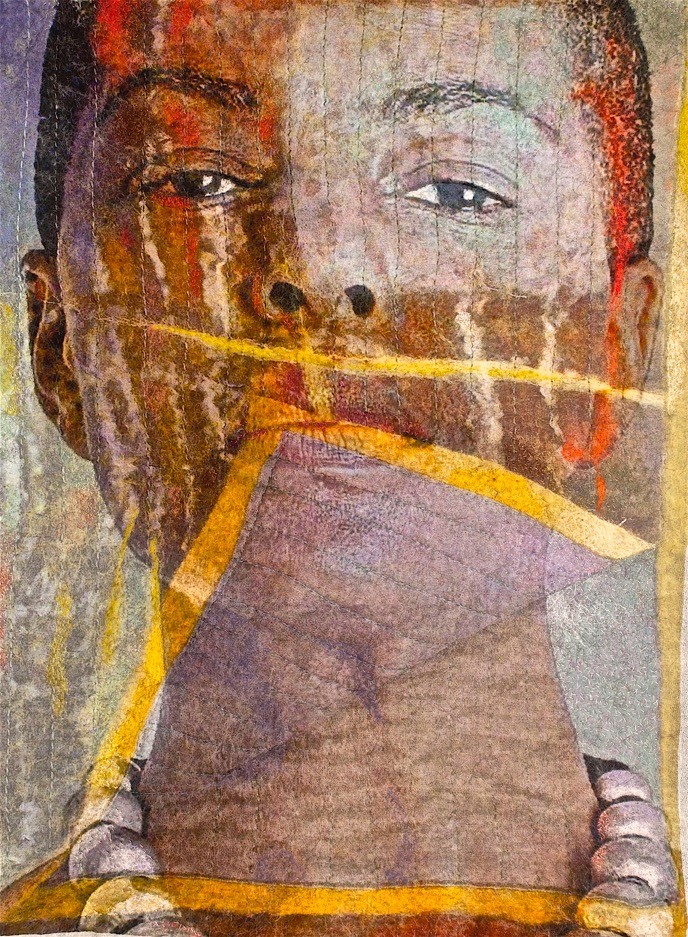 Five Times More depicts the intimate relationship between mother and child, reflecting on both personal and collective experiences of pregnancy, childbirth and motherhood.

Maggie Scott’s technical practice is unparalleled in the landscape of contemporary British art, sitting at the boundary of tapestry and digital media, she employs a combination of photography, digital collage and silk and then injects colour by laboriously pushing vibrant merino wool fibres through silk in a process known as Nuno felting.

The intensely physical process of felting is followed by the careful process of using stitch to emphasise the smaller details of an image, evoking both the physicality of childbirth and the careful attention and tenderness of what follows. In working with fibre Scott pushes a medium traditionally associated with craft into the realm of fine art. As a textile artist Scott employs distinctly feminine materials, but with soft images she speaks hard truths.

Birth is the most innate experience of human existence yet for centuries, childbirth has also been the most dangerous undertaking of a woman’s life. Rates of maternal mortality have dropped dramatically in Britain since the mid-18th century.

However, the effects of modern medicine have not been felt equally. In 2019 MBRACE UK published data within its Perinatal Mortality report, which revealed that people of colour remain at a much higher risk during pregnancy and childbirth within the British healthcare system. Most disturbingly the report revealed that in the United Kingdom a Black woman is five times more likely to die during childbirth than her white counterpart.

Tender works position the viewer as a voyeur observing a private moment between mother and child: in some works, a mother to be contemplates her swollen belly while in others she embraces her young child. The works can be read as a celebration of the bond between mother and child, yet they are shrouded in ambiguity, whether the fate of the subjects is real or imagined is unknown.